If every woman who said to me “I would love to come to A Day Together, that sounds brilliant” turned into a couple attending, our events would be sold out all over the country. For some reason A Day Together seems to appeal more to women than it does to men. We set out to find out why and whether the blokes still felt the same after they had come along. 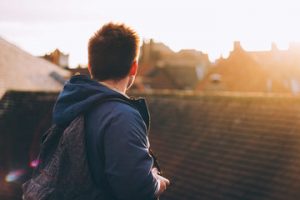 In an effort to get inside the minds of men, we asked what they thought A Day Together would be like before coming (I have left out the names of the men to protect my secret sources!) One said “I assumed there would be some kind of group work which sounded terrible, and that we would be listening to endless talks.” While another commented “I thought it would be a sort of heavy handed Christian take on what a traditional relationship ‘should’ be.” And in full and unveiled honesty one guy also admitted “Immediately before the event I was irritated at the idea of giving an entire Saturday away in order to attend, as it is the only day in the week I can have a lie in.”

Interestingly though, all the men we asked talked of a sense of reassurance fairly soon after the event began. “It was made very clear from the start there would be no group discussion and the event was directly aimed at the couple and so ideally we wouldn’t spend our time with other couples. This immediately put me at ease.” Other comments were “I came to realise very early on in the course, that we were not the only couple in the world to experiencing difficulties within our relationship. All of the people who attended that day, even the couples who lead the activities, had all worked through difficult stages in their relationships/marriage. All the leaders were very honest and open about what they had experienced, and were very down to earth not only sharing their stories, but also suggesting a number of ways on how to possibly resolve them.”

It’s fantastic for us to see that the reservations the guys had at the outset were resolved at the start of the day and that the men, as well as the women, went away from the day glad that they had come.

A final word from the guy who gave up his lie in “Whilst It does mean giving up an entire Saturday and having an early start, there are few things any couple could do to better prepare themselves for a lifetime spent together.”

A Day Together was developed by FamilyLife UK. Learn more...

Check out our forthcoming events

Learn more about what to expect at A Day Together.

Some helpful information on what it takes to organise an event in your community.

Click here to stay up to date on our news and events.